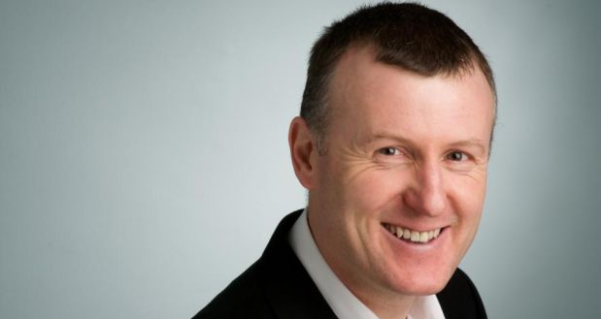 Pat Walsh: “People were being contacted in various different ways from texts and email to Facebook and I felt there had to be a better way of communicating with groups on a regular basis.”

As anyone who has to communicate regularly with groups of people knows, it would be easier at times to herd chickens. But help may be at hand.

Komeer (a play on the words “come here”) is a new two-way global mobile messaging service developed by businessman Pat Walsh to take the hassle out of getting key pieces of information to groups of people.

Walsh juggles a number of different groups in his professional and personal life and was very aware of just how much time and effort goes into managing group communications.

In his role as a mentor for Clontarf GAA club, for example, he has to keep in touch with the parents of 70 boys involved in up to three training sessions a week.

“People were being contacted in various different ways from texts and email to Facebook and I felt there had to be a better way of communicating with groups on a regular basis,” he says.

Walsh, who comes from a technology background, has been working on Komeer for the past year and he has been trying out the product for the last six months with 11 schools here and in the UK.

During this time it has sent more than 100,000 alerts to 1,000 users. “Komeer has organised sports events, social gatherings, cancelled events because of bad weather, warned parents of child danger issues, organised meetings and polled groups for opinions,” he says.

“It has very broad appeal and huge potential but right now we are focusing on the education sector,” Walsh adds.

“The idea is to provide a messaging service that is simple and secure that keeps schools and parents connected. Komeer is an interactive process.

“Parents have to tap their device to confirm they have received the message.

“By looking at the Komeer dashboard a school principal can see immediately how many parents have responded. Currently schools have no way of knowing who has read a text or whether a message has been received at all.”

“We can reduce their texting bill by more than 50 per cent,” Walsh says.

“In addition, Komeer alerts, unlike SMS texts, are not limited to 160 characters and can include pictures and other content which means fewer schoolbag notes.”

Walsh says Komeer has struck a chord with parents because it keeps them up-to-date with important information, it adds events automatically to their smartphone calendars and if kids need lifts they can be arranged through a â€˜need a lift/offer a lift’ function.

Map and location information is also included as is a function to help locate a lost child.

The venture has been self-funded to date and Walsh estimates the costs at about â‚¬25,000 so far.

The company employs three people and Walsh is currently participating in the Enterprise Ireland-backed New Frontiers programme at the Learning and Innovation Centre (LINC) at the Institute of Technology Blanchardstown. The pricing model for Komeer has not yet been finalised but the plan is to charge schools to use the service. The service is free for parents.

The app works on iPhone, Android, Blackberry and Windows Mobile.

“We felt it was very important to have it available across all devices and Microsoft were very helpful when we approached them,” Walsh says.

“We are already adding more functions to further enhance the security and efficacy of the app such as a follow-on text if a parent doesn’t respond to an initial message and then an automatically generated voice message if they don’t respond to either.”